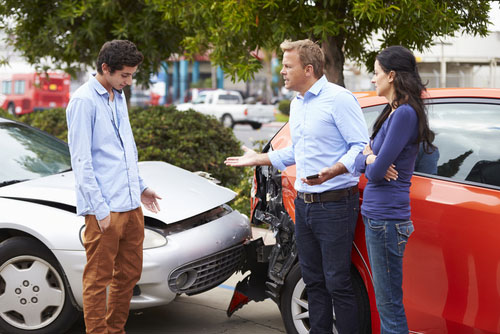 In a case of an accident, the party at fault in causing the accident typically pays for the damages that result from the accident. Some states follow the contributory negligence or comparative negligence law when more than one person causes an accident. It determines the extent of which each party is at fault and the amount each party pays for the injuries and damages.

When a person fails to act reasonably, and an injury occurs, he or she may be held partially or completely responsible for the injuries, even if another party was involved in the accident. Contributory negligence means that the injured parties’ negligence contributed to the accident.

When injured party files a claim for negligence, the other party (the defendant) can also file a contributory negligence claim against the injured person (plaintiff), if they are partially at fault in causing the accident. If the defendant proves contributory negligence, the plaintiff may be completely barred from recovering damages, or the damages may be reduced according to the extent of fault in contributing to the accident.

In pure comparative negligence, the plaintiff’s damages are totaled and then reduced according to the percentage of fault in contributing to the injury. For example, if a plaintiff’s total damages are $100,000 and the plaintiff was 25% responsible for his or her injury, he or she will be awarded $75,500.

Injured in an accident? Contact personal injury attorney Robert P. Ianelli. We will evaluate your case and assist you in making a well-informed decision.